His a cappella arrangements of gospel songs number in the hundreds, and have become part of the fabric of the Australasian community choir repertoire. In the UK, many choirs in the Natural Voice Practitioners’ Network use his songs and arrangements.

Tony’s approach to tailoring any kind of vocal arrangement is to make it not only sound great but be a pleasure to sing for all parts. Fees are also tailored to suit your project.

Songs and A cappella Compositions

Tony has had songs performed by Jenny Morris, Renée Geyer, the Dynamic Hepnotics, the Umbrellas, the Crocodiles, the Café of the Gate of Salvation, Sydney Children’s Choir, the Song Company, the Honeybees and others. He has songs on the soundtracks of Jane Campion’s feature Sweetie, Fane Flaws’ Rodney & Juliet (Kiwi Films 1990 – in which Tony acted in the lead role), and Peter Jackson’s Brain Dead, and has collaborated on writing songs with Peter Dasent, Fane Flaws, Arthur Baysting and best-selling author and psychotherapist Stephanie Dowrick.

His compositions have been taught at Monash School of Music and Victorian College of the Arts. He contributes lyrics and music to his other collaborative projects: Blessed Relief, the Bend.

His song ‘Lost in the Heavenly Light’ was in the top 4 nominations for the APRA/AMCOSS Classical Music Awards Vocal Work of the Year 2005, and his song ‘Shine on’ was sung by a 300-voice choir to accompany the 2008 Olympic torch through Canberra

Tony is represented as a composer in the printed music catalogue of the Australian Music Centre. 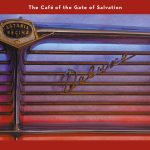 For more information and to purchase the Grace & Courage CD.
Click here

Click here to download for my SATB take on the old church song This Heart of Mine.

Click here to download my SATB arrangement of the gospel hymn Don’t Forget The Family Prayer. (A further variant and notes are in my songbook  Move On Up.

In 2006-2007, Tony arranged several songs for Stuart Davis’ Lounge Quintet: Jealous Guy, God Only Knows, Born To Be Wild and his own
doo-wop tear-jerker Into The Night.

Beauty Sleep – a free score.  Click here to download the full score and tablature of my 2003 medium difficulty guitar piece.